You come across two people laughing to the point of tears.
What so funny?
You ask.
Can you help them tell the story?
Use dialogue.
Try.


Alright, I have been procastinate for more than half an hour, and I can't think of anything funny. :(

After another half an hour: give up. 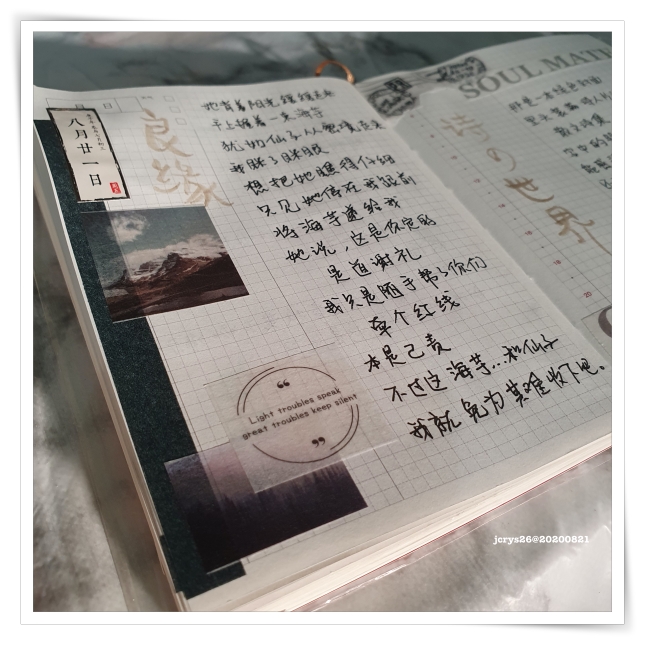 After human migrated out of the Earth

Imagine the busiest city street.
What would it look like 100 years after the last human was there?
Describe it for us.


The scientists found a new planet which better suit "human's need" compared to the Earth. A lot of people migrated to the new planet.

In front of the KLCC, Jalan Ampang slowly got rid of the traffics and ... human activities. And then, no more people come to visit or take photo. KLCC is left empty. No more maintenance, and the whole KL city is abandoned. Abandoned by human.

Some other creatures started to take over the city. The city now looks more greenery compared to hundred years ago. There are even more bugs live in KL now. The dragonflies, and even the fireflies can be seen in the city.

There is no more dogs wearing T-shirt on the street. The dogs that loitering around seems to be evolved to be bigger in size and stronger. I can't find any poodle on the street.

The sky scrappers are now covered with greeneries too. The forest of steel (鋼骨森林？) is now indeed back to the real forest condition.

Birds chirp could be heard clearly. No more honks and the sound from the engines.

Everything is so natural, so back to nature.

Human found new life in new planet. And the Earth has found a new life too.

You're at a fancy party.
For some reason, you have a really big ice-cream cone.
It's really hot out.
You have no choice but to finish it.
Comedy ensues.


I haven't decided which day in a week to continue this 20 minutes practice. But, I'll figure it out later. This is for this week.

My friend got an invitation to Häagen-Dazs party. We were told that we can eat all we want at the party. As an ice-cream lover, I could not waste this chance. So, I tagged along with him.

As we enjoy the atmosphere and food at the party, we and some other participants were called to go up stage. Later, we only found out that, it's a competition, who ever win the competition, will get a life-time Häagen-Dazs free ice-cream!

Each of us was given a really big ice-cream cone. We were given 10 minutes to fill up the ice-cream that we want. I took a scope for each flavour. When time's up, I managed to get my last flavour of ice-cream. I looked at other participants, and found out they got more ice-cream! They looked at mine, and laughed.

The organizer weighed our ice-cream, and then announced, we need to finish the ice-cream within the minutes per 100g based on the weight, together with the cone. I only got 2.5 minutes to complete. Another disadvantage for me! I guess there's no chance for me to win the contest. I took my time to enjoy the ice-cream.

The remaining was weighed again and I could continue to eat.

There are some contestants able to finish their ice-cream. My friend finished it as well! Bravo!

When the organizer announced the winner, we were surprised. I was the winner! The rule to win was, whoever ate the least ice-cream, win!

As I was on stage to get my privilege card, the company CEO said. "I was thinking to set the rule whoever took the most ice-cream flavour win. I think that was very obvious at the beginning, only you took all flavours. So, I changed the rule, and can't believe that, it'd be you too! You deserved this! So, you'll now eat more ice-cream through out the year!"

Everyone laughed and applaused. :D

You're in a classroom, there to learn something new.
Your instructor walks in.
Wait.
This isn't right.
Are you in the wrong place?
Tell us what happens.


After the 31 days challenge, this should be continue as weekly activity again. I almost forgot and failed to plan in my weekly planner. Anyway, let's resume.

Coincidently, I dreamed went to a drawing class, ended up there was a stage orchestra performance in the class. I can "use" this dream setup for this writing prompt. :D

I am sure I was in the right classroom, and it's not the first class. There's only one of my classmate continued to do painting, the rest were enjoying the performance. I went to my seat, and looked around.

After a while, the instructor came. The orchestra stopped playing and came down from the stage. I then only realized, there were a lot of brochures and leaflets on the table. It was a preparation for a play this weekend by this school. We are wanted to help out to draw and paint big poster for the event.

I was like, "huh?" I paid to learn painting... But alas, it's for charity. We were somehow unknowingly, willingly, forced to join in the charity event. :P

This took me a long day to construct the story. :|